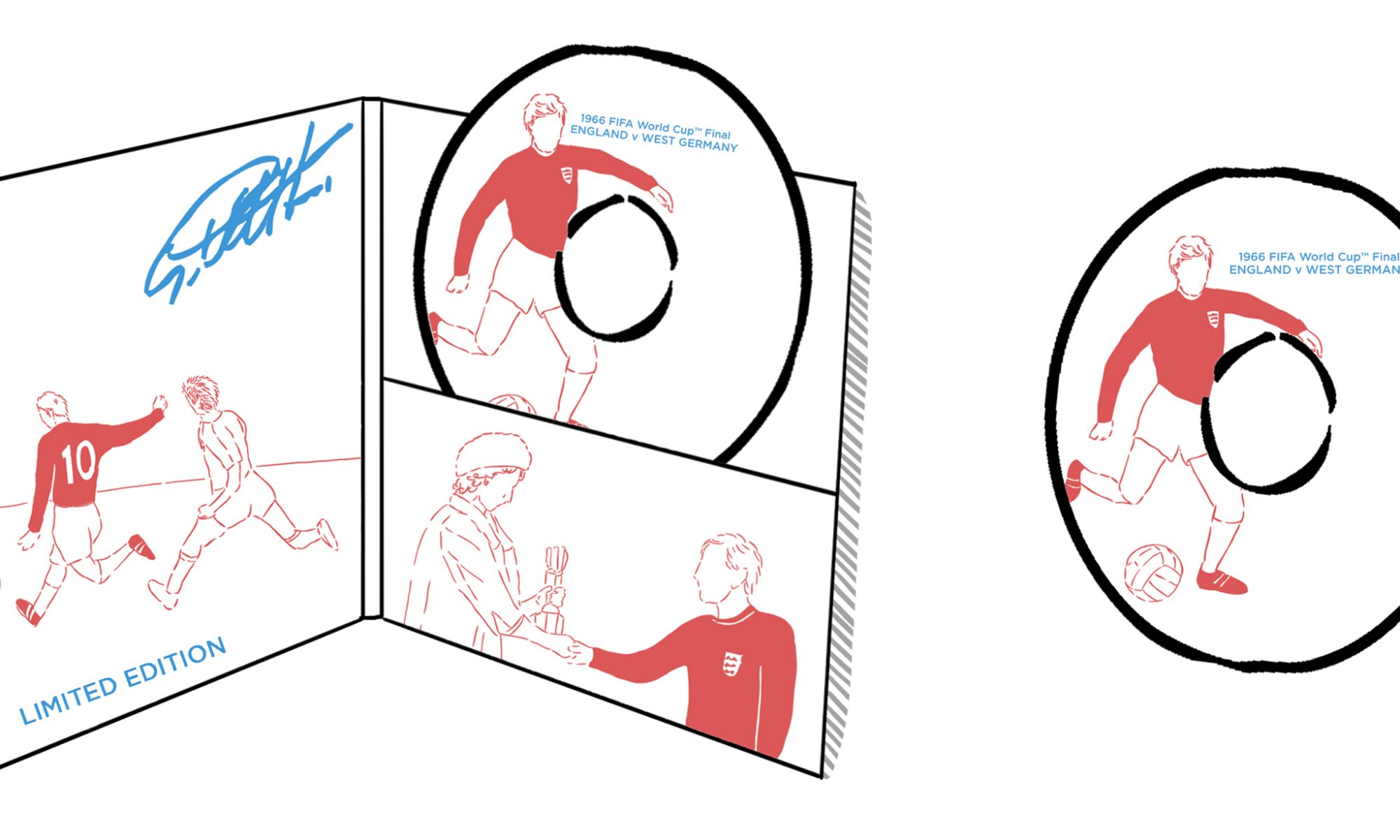 WE HAVE STOCK IN AUSTRALIA – AND CAN GET ORDERS DELIVERED THERE WITHIN DAYS.

“Brilliant work. So great to see this legendary game – and my Dad – in full colour.”
Roberta Moore

This unique film, just published to 5 star reviews, gives football fans the chance to watch the whole of the 1966 World Cup Final between England and West Germany in full colour, for the first time ever. It recaptures the magic of England’s greatest sporting achievement – when England beat West Germany 4-2 and Sir Geoff Hurst scored his amazing hat-trick.

The 1966 World Cup Final was broadcast on TV in black & white and the original colour film no longer exists. It was discarded on the cutting room floor when the tournament film editing was completed. All we had left – until now – was the grainy black & white footage and a few precious colour highlights – a vital reference source for the restoration and colourisation work undertaken in the first half of 2021 by specialists in New Zealand, India, London and the USA – in time for the 55th anniversary of the final in July.

The remastering project was led by the team at Final Replay. Restoration and colour grading was undertaken by Park Road in New Zealand, whose credits include the Beatles film Get Back, The Lord of The Rings and The Hobbit trilogies, and the acclaimed WWI film They Shall Not Grow Old. BAFTA-nominated West Wing Studios undertook the painstaking colourisation work.

This new film brings this incredible match back to life – so that fans can enjoy reliving the six goals, extra time and excitement all over again – and help preserve an important element of England’s sporting heritage for future generations. Wembley’s green turf, England in red and white, The Queen in a bright yellow outfit – the new footage is a gem.

3932 of this specially designed souvenir edition are being published – but only 1966 of them will have a numbered slip case signed personally by Sir Geoff Hurst. A unique souvenir, complete with Certificate of Authenticity.

2.5% of net profits over ten years from the 1966 colour project will be donated to our charity partner Alzheimer’s Society.

The DVD comes in a specially designed eco-friendly card slip case. The delivery charge covers the cost of second class large item postage, a simple card backed envelope or jiffy-type bag, handling & checking, addressing and dispatch. We contract out dispatch to a small professional team in Lewes who take pride in customer service and carefully process each order.

Please note that Sir Geoff Hurst has signed each of these DVDs by hand on the front cover. The numbering of each DVD is on the inside left side.

We would like to make this souvenir DVD affordable for all – so do please contact us on ncc@finalreplay.tv if you are on a low income, out of work, or in receipt of state benefits – as we may be able to provide you with a discount code.

Only logged in customers who have purchased this product may leave a review.